A bit Of history on Burglar Alarms

On June 21, 1853 the first electro magnetic burglar alarm patent was issued to Augustus Pope. It operated off of the use of a battery and was an individual unit for each window or door. The bell, which rang from an electric current streaming through a magnet causing it to vibrate, was mounted on top of the door frame into the wall. Wires ran from a spring "key" in the door/window through a circuit breaker near the bell, allowing the current to run constantly once the door/window tripped the spring. This electronic version of an alarm system is a great improvement on the previous bell systems where clock work and other devices were used to ring a bell less efficiently.

On October 11, 1853 in the same town of Somerville, not too longer after Augustus' patent, G.F. Milliken filed a patent for the improvement on this ground breaking electro-magnetic alarm. He designed the alarm device to reside in the room where the homeowner sleeps or is unaware of potential thieves forcing entry. As well, he runs the wires from all windows and doors, not just one. Each door/window has a spring with a certain amount of creases that signify a specific number of rings on the bell, alerting the homeowner of the precise doow/window where entry has occurred. These devices and improvements have lead to strength in home security technologies which can be trusted by all.

In 1859, Holmes moved to New York, where The Holmes Burglar Alarm Company grew and expanded into other cities. One burglar alarm system comprised of a number of contacts that were placed on windows, doors, safes, and other possible points of entery or interests of theives. If a contact were disrupted, then the electric current running through the wires connected to the alarm would cause it to sound off. The company has been successful so far, and is growing at a rapidly increasing rate due to the success of Holmes' current electric alarm.

March 24, 2020
COVID-19: Supporting our customers We want to reassure our customers that we are here to help.  Absolute alarms and ABBA alarms liverpool will only be providing an emergency call out service. There will be no new business until further notice.  You can still contact us by phone for advice and if possible we will try to provide the best solution to your problem over the phone.  We will still give quotations over the phone or by email and other social media platforms, and take bookings to commence from 1st of May 2020. if restrictions are lifted by the government sooner then we will contact you directly to rearrange appointments. The main priority for us all is to restrict our moments and try to stay at home as much as possible.  May I take this opportunity to thank everyone for the business we have had for so many years and wish everyone well in the fight against this vicious and look forward to doing business soon.  Chris  Absolute Alarms Liverpool
Read more 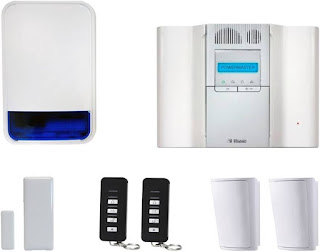 COMING SOON  The Visonic GTX and GT64  Visonic will be dropping the power max express and power max complete system to replace with the GTX and GT64. The new systems will have the PG2 technology in them that’s found in the powermaster range of systems, Giving 2 way alarm technology  Longer battery life  Keep looking at our pages and websites, we will give further information as and when we can For wireless alarm installations and repairs, give me a call on: 0151 4762421 0800 8600316 07973 921680  www.absolute-Alarms.co.uk
Read more